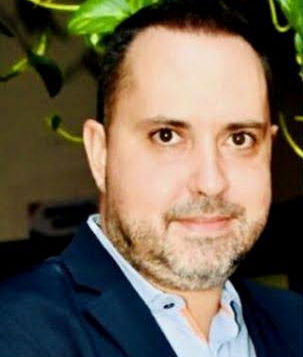 +1-917-602-5680
Roman@RomanYumatov.com
“A smooth sea never made a skilled sailor.”
─ Franklin D. Roosevelt
About me
I am a Licensed Psychoanalyst in New York State, U.S. (NYSED License No. 001056) and THE ONLY psychoanalyst in Puerto Vallarta, Mexico. I have studied and taught, published in and practiced psychoanalysis internationally (in Asia, Europe, U.S. and Mexico) for over 12 years. I speak English, Spanish and Russian.
After receiving my B.A. in psychology from Bard College/American University of Central Asia (U.S./Kyrgyzstan), I had received my M.A. in psychoanalysis (with distinction) from The University of Essex (U.K.). Afterward, I had completed one-year course of Infant Observation with The Anni Bergman Parent–Infant Training program in New York City and later graduated from the The Psychoanalytic Training Institute of The Contemporary Freudian Society (also in New York City), after five years of training leading to the New York State licensure in psychoanalysis.
I have been in private practice in New York, Puerto Vallarta and, recently, worldwide (via online and telephone sessions). I have also been teaching psychoanalytic (mainly, Freudian and Kleinian) theory for many years, as well as conducting a clinical seminar with an international group of psychiatrists and psychologists, some of whom are also in clinical supervision with me.
I had published a book concerned with psychoanalytic theories of male sexuality and gender, as well as other works, a number of which were presented at international psychoanalytic conferences. I was also awarded with prizes, internationally, in recognition of my outstanding writings and commitment to the profession of psychoanalysis.
Clinically, I have experience with a variety of challenges that all of us may face: ranging from anxiety, depression, loss and relationship issues to trauma, abuse and difficulties concerning creativity, sexuality and gender.
In my experience, many people I have worked with (and was able to help) are not “crazy” — rather, I found that they are in need of someone, who can listen attentively and understand deeply, without impatience or judgement, and also say what needs to be known, without fear or favor.
If you are curious about knowing yourself better and improving your relationships, creativity and life, and if getting away from it all, in some way or another, didn’t get you away from your self, psychoanalysis might enhance — or even be — your life-changing endeavor.